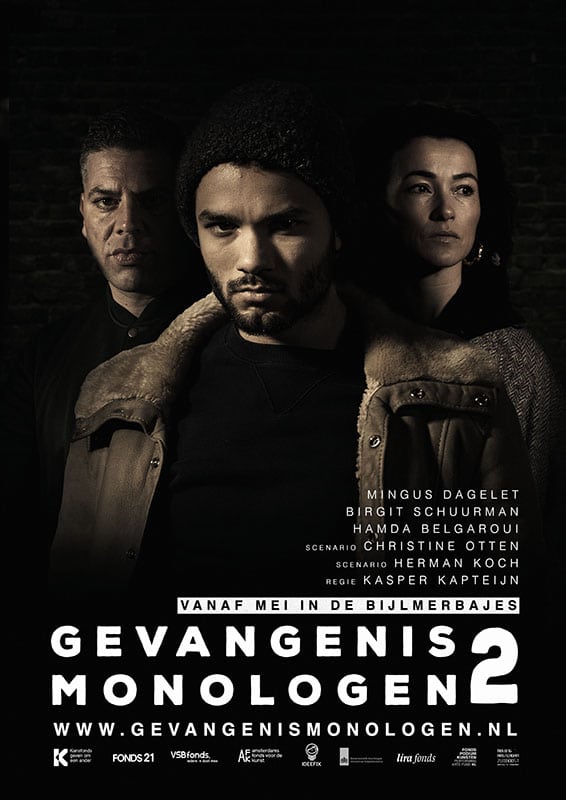 After a failed robbery with catastrophic consequences, JACK goes to prison for years. In Prison Monologues 2 we dive into the past, the period of detention and the release process of Jack. We put ourselves in the shoes of the perpetrator, his family, friends and his victims and discover what a youth of violence, detention and release does to a person’s emotional world. Return with Jack to the Bijlmer prison, the place where he was held for years, and discover the stories that would otherwise always remain hidden. Herman Koch (known for ‘Het Diner’ and ‘Jiskefet’) and Christine Otten (known for ‘De Laatste Dichters’ and ‘Rafael’, among others) adapted Jack’s story for the theatre. This year’s cast consists of Birgit Schuurman, Mingus Dagelet and Hamda Belgaroui.